7 Tips for Becoming a Travel Photographer 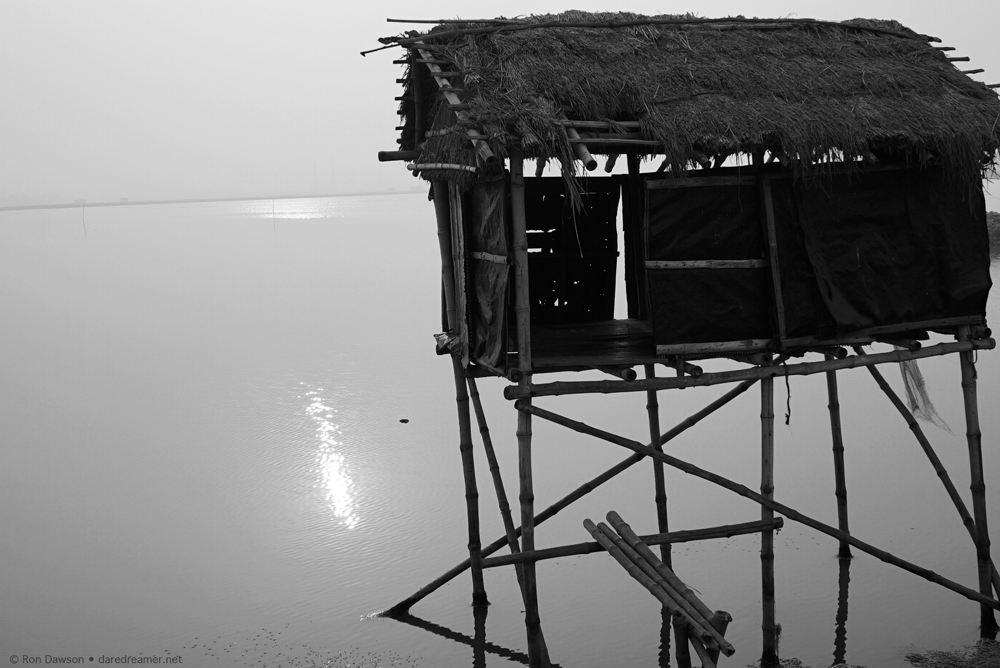 For over twenty years I’ve enjoyed the pleasure of telling stories with video. I’ve honed my craft, expanded my knowledge, and know my way around everything from a small prosumer camera to larger digital cinema cameras. I’ve written books on the topic of video, given speeches, tutored, trained, appeared on podcasts, and have written for a number of magazines. Video is my comfort zone.

When it comes to taking photos however, that’s a whole different ball game. However, few years ago I was on a video shoot of all things, when I had the opportunity to try my chops at travel photography.

Peachtree Church was a long-standing video client of mine that does a lot of work aiding global causes. One such cause is the fight against human trafficking, particularly the sex trade. A couple of organizations in particular they partner with are International Justice Mission (IJM) and the Mahima Homes in Kolkata, India (previously known as Calcutta). These are a group of after-care homes for teen girls rescued from the sex trade.

The very first video series I ever produced for Peachtree included a segment about Mahima. At that time, Peachtree didn’t have any of its own video footage from India. Other than the interviews, the footage I used was from another Mahima partner, Discovery Church in Orlando, FL. So this year Peachtree decided to capture its own video. And that’s where I came in. I was sent along with their mission team to document the event for the purposes of making another video that will aid in their campaign to raise funds and recruit future volunteers. The experience was surreal.

As you'll soon learn below, I used a mirrorless Sony camera, so I was able to shoot video as well as photos. So I took the opportunity to try my hand a photojournalism while I was there. Here are the seven most important lessons I learned.

1. Know Your Gear and Your Craft

As I mentioned before, when it comes to using a DSLR or mirrorless camera for video, I can practically do it with my eyes closed. However, knowing the intricacies of using a camera to shoot stills is completely different. Naturally, there are aspects of filmmaking the easily cross over. But a lot doesn’t translate that well. For this shoot I was using the Sony A7s.

I chose that camera because of its amazing low light capabilities as I wasn’t able to bring lighting gear on that trip. Auto was my friend when shooting stills on that trip. But every now and then I’d bounce to “P” (aperture priority) “S” (shutter priority) and “M” (manual). I remember watching a photo seminar by celebrity wedding photog Joe Buissink about how he often shoots in “P-mode.” But I’m guessing that when you’re Joe Buissink, you can pretty much shoot in any mode you want and get amazing photos.

It was really important for me to do more than just compose nice shots and get my exposure right. I wanted to find images that told a story in one shot. It’s easy for me to tell a story at 24 frames per second. But when you have to tell a whole story in just ONE frame, well, that’s a tad more challenging. Even more so when you’re driving down a bumpy Kolkata dirt road.

Here’s one that even now still haunts me. Who is this woman? Why is she there? Why is she alone? Is she lonely? Did she escape one of India’s red light districts and is now hiding from her pimp. She didn’t seem like a typical Kolkata homeless. She kind of reminded me of “Afghan Girl.”

Lesson: look for individual shots that tell a whole "story."

So it’s my theory that some of the best travel photography shots are happy accidents--where you’re looking at one thing, but later on you discover you captured something else you didn’t even notice. That happened a few times for me on this trip. Here are a couple of my favorite.

Driving down the dirt road to the Sundarbans Islands, I saw a villager walking his cows. But that’s not all he was doing.

This photo reminded me of photographer Zack Arias’s #de_Vice street photo series which was written about on CNN. However, I was looking at and aiming for the little kids. It was a glorious discovery to find later that the girl on the left was checking out her texts.

Lesson: shoot in high resolutions bursts so as to capture enough action. One of those frames just may be a happy accident.

4. Contrast Is Not Just for Light

Keeping with my theme to go “beyond the basic,” I was constantly looking for contrasts. Not in lighting, but in the subjects I was shooting and the environments they were in.

Here was a beautiful, serene hut on stilts. Something you might see in some Fiji Islands resort…

All you need do is look at the streets around Kolkata to see the irony in this billboard.

Lastly, here’s a shot of the garden in one of the Mahima homes. It’s a tranquil oasis of greenery, peace and quiet in a loud and very brown and grey Kolkata. But even among its serenity, there’s a reminder of where the girls come from. Barbed wire lines the walls, designed to keep out those who might try to take back their “property,” but also to keep newer (and often scared) girls from running away.

The lesson: contrasts and conflicts tell some of the most engaging stories. Keep your eye out for both.

5. Engage With the Locals

When you travel to an exotic country like this, you’re bound to run into exotic people. But it’s easy to forget that they are people. Not buildings or landscapes. Imagine if you were walking down your neighborhood street, and some stranger comes up to your face and starts taking pictures of you. How would you respond?  Well, that’s basically what we were doing when we went out to the Sundarbans villages.

I didn’t want to be a “hit and run” photographer, so I made it a point to try to communicate with them, show them the photos, and ask for permission to shoot their kids (although they had no idea what I was saying).

When I met these precious little kids, I kept pointing to myself and saying, “Ron.” I’d then point to them with that expected look on my face, hoping they’d tell me their names. For the life of me I could not get them to understand what the heck I was doing. They kept looking at me like I had a horn growing out of my head. It always works in the movies.

Lesson: respect the people you meet and treat them with dignity. Whether your taking photos of children in a tropical Indian village, or bystanders on the streets of New York.

Jumping back and forth between shooting video and photos was a huge pain. I’ve said it before and I’ll say it again, if you’re hired to shoot both photos and video for an event, find dedicated shooters for each. (For the record, Peachtree didn’t hire me to shoot photos, it was my choice to take photos in between the times I was shooting video). Never mind the fact that your brain is in a different creative mode when shooting one vs. the other, but you’re camera settings are going to be widely different for each as well.

Lesson: if you're out shooting by yourself and you want to capture photo and video, consider having two cameras, one for each; then adjust the settings for each accordingly.

Last and certainly not least, I learned that it takes stamina to be constantly shooting photos on a trip like this. I can’t tell you how many cool shots I did NOT get simply because I was too freaking tired. I kept thinking, “Eh, one of the other guys will get that on their iPhone." Granted, I was also shooting video throughout the day, but I would’ve been just as tired had I been shooting stills.

Lesson: long shoot days can be exhausting, especially if you're doing a lot of walking around. Exercise, eating healthy, and drinking plenty of water should be party of your weekly regimen regardless of what you do. But it makes a huge difference if you're galivanting around a foreign land all day.

Travel photography is some of the most beautiful. When you can add a photojournalistic aspect to it, you elevate your work to a form of visual storytelling that will engage your audience. Next time you go out on a shoot, push yourself to think like a photojournalist, telling stories and capturing moments. You will find that your overall craft will be better for it. 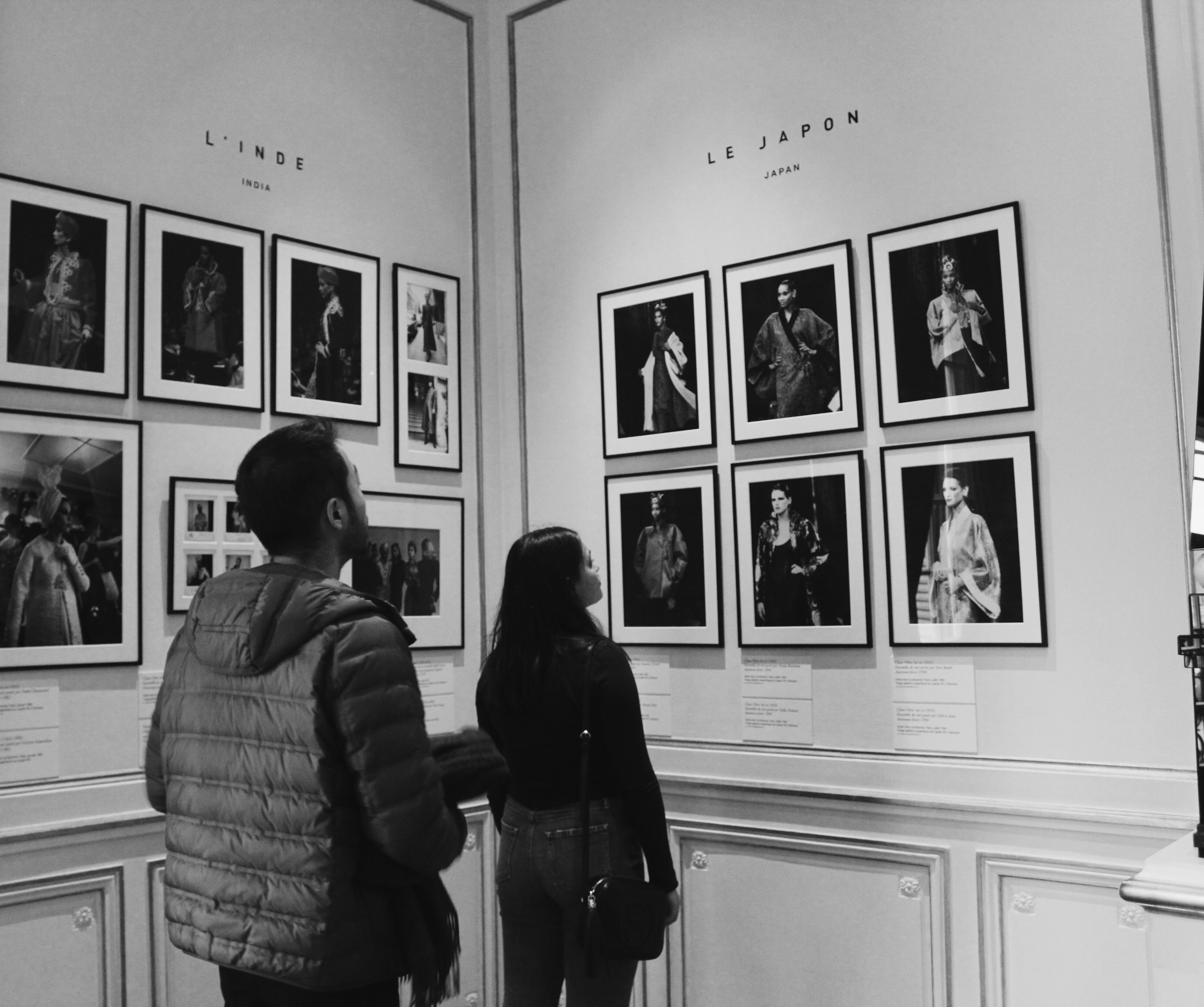 15 Live-Stream Video Statistics for Brands in 2021 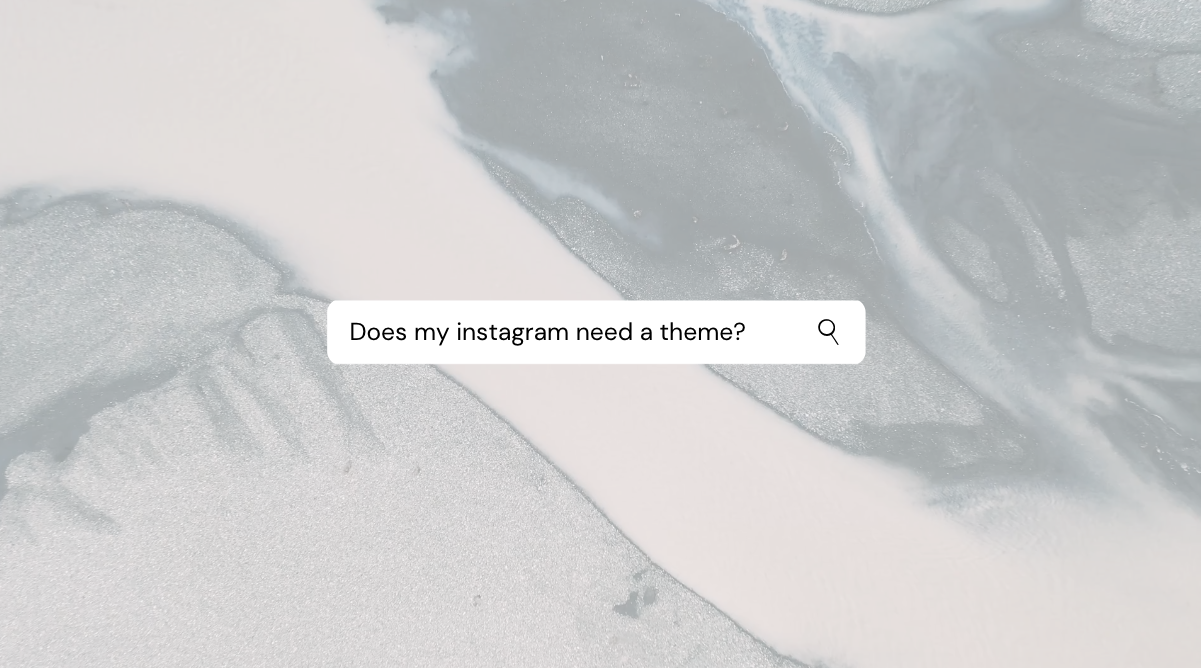 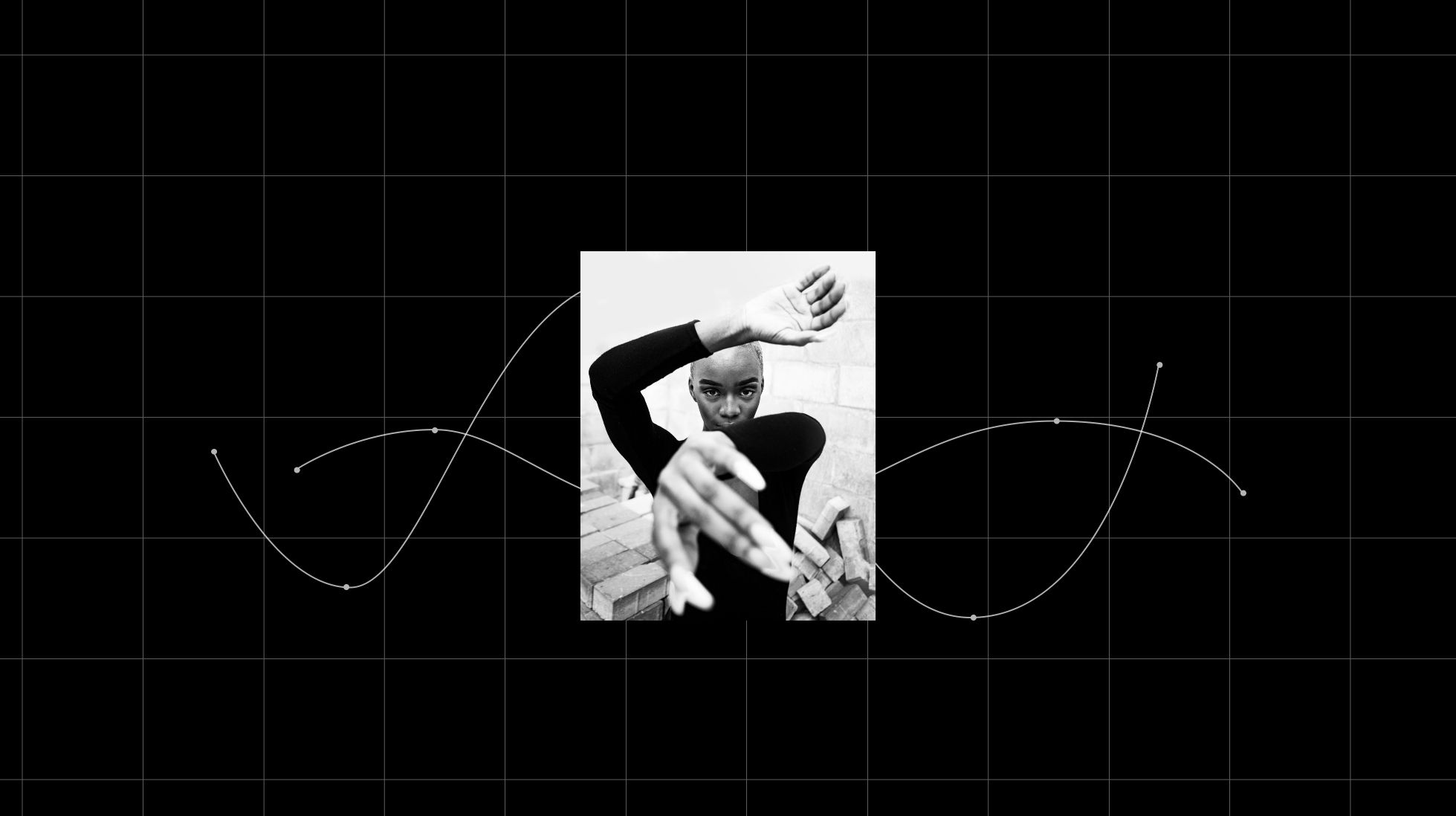 3 reasons why replying to comments will help your brand 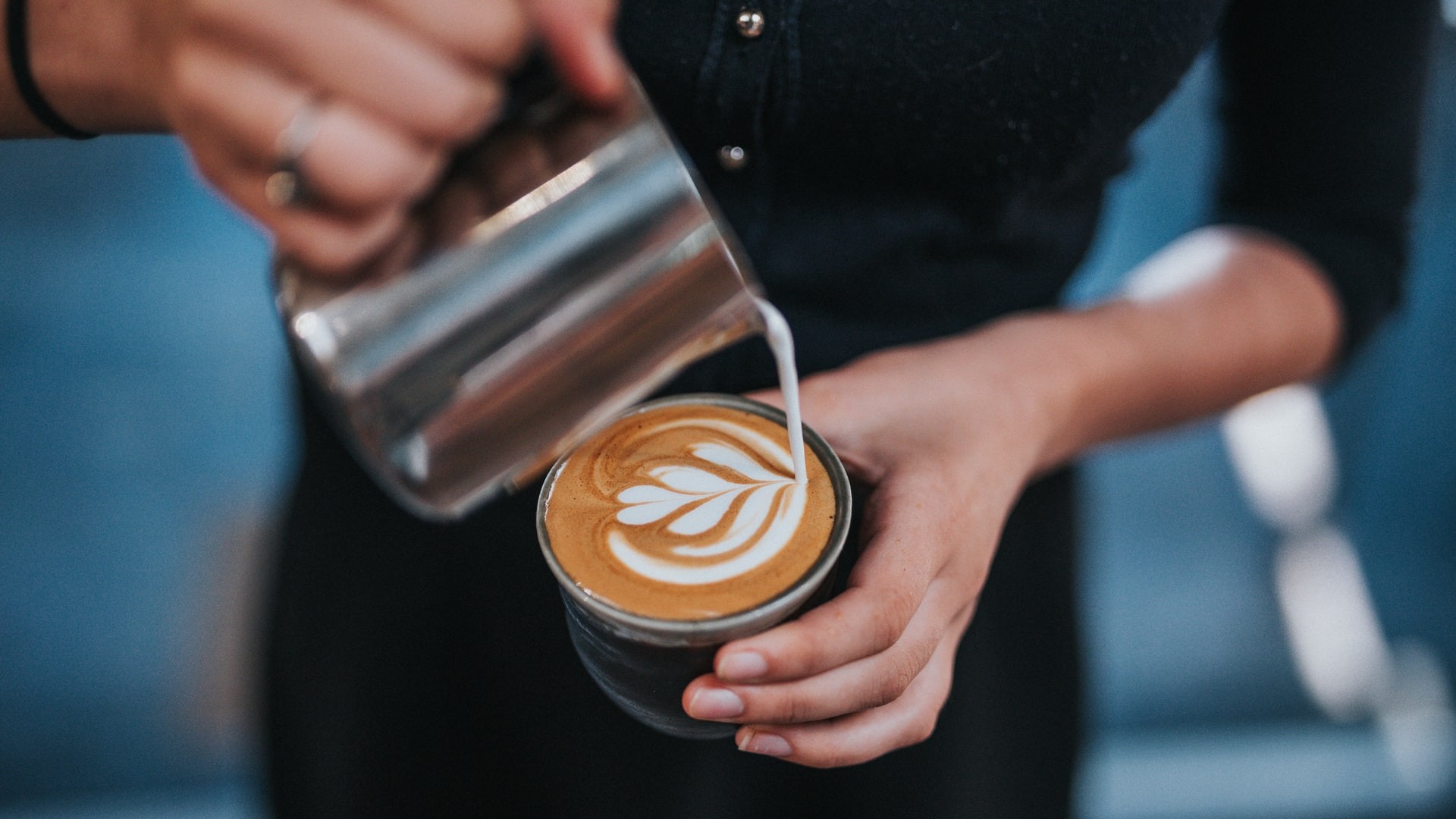